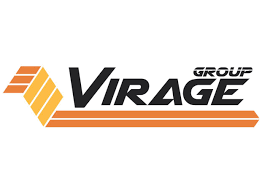 Team Virage is a Spanish racing team competing in a number of European-based sports car series as well as running a motorsport academy.

Created in 1998 by Philippe Gautheron under the name G-TEC Sport, our structure gained successes in many singles-seaters series, from the Formula Junior 1.6 and Formula 3 to the Open Telefonica by Nissan – most recently known as World Series by Renault.

In 2011, Gautheron created Virage Academy and was joined by Julien Gerbi in order to assist the drivers’ physical, mental and technical preparation. Among them, Sergio Perez, Vitaly Petrov, Giedo Van der Garde, Rio Haryanto and other 60 drivers enjoyed the Virage Academy services.

In the Winter 2017-2018, Team Virage is born in order to compete with two LMP3 in the European endurance series such as ELMS, VdeV and Le Mans Cup.