Welcome to the very first edition of The Weekly Debrief, a regular series looking back at the week just past in driver development, junior racing series and general motorsport news that caught my eye. It will be published every Monday.

Changes to the official path to F1 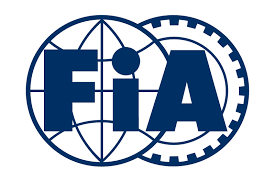 So the FIA finally let the cat out of the bag with the new plan with Formula 3 which unsurprisingly follows the same pattern as the recent rebranding of GP2 into Formula 2. The plan is the following; for 2019 the newly named FIA Formula 3 International Championship will follow a new, single-make concept consisting of:

Many are lamenting the loss of variety in Formula 3 with this move. While the chassis has been pretty much a one spec show in recent years, on the engine front there has been a fair amount of variety to this day. While Mercedes and Volkswagen have both done a fair bit to support junior drivers, this is merely a sign of the times. With participating teams, down in both the European championship and the competing GP3 series, something had to give. All indications are that the current competing teams support the move and with (it is assumed) GP3 folding, this should consolidate the championship as the equivalent to Moto3 on the European F1 support package. I just hope they keep Pau as a standalone race, perhaps with F2 and a few regional F4 series to boot. Which brings us to the other big announcement. 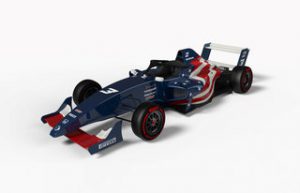 To me this is a good move. Much the way the EuroFormula Championship acts as a solid championship and testing ground for FIA F3 hopefuls, it is my hope that these regional series grow and prosper and act as the same type of training ground. With the recent announcement of F3 Americas in the planning stages, this should be a great platform for F4 racers to aspire to, hopefully with reasonable running costs and valuable scholarship rewards to the top finishers.

The one thing I was hoping for news on was the proposed F4 World Cup. While the Macau F3 Grand Prix has now attained World Cup status, no mention was made of the mooted F4 World Cup concept where the top finishers in the various regional F4 championships would race against each other over one weekend in one location. I can only assume that with all the changes to F2 and F3 that they have put this plan on hold for the present but I would definitely like to see this idea come to fruition. It would be interesting to watch the F4 top guns battle among themselves, perhaps for a scholarship drive in International F3?

And finally, the FIA have made changes to the Super License qualification rules that will make it much more difficult for a Max Verstappen-style move to F1 from F3. F2 and Indycar will be the only series where the winner of the championship gets the requisite 40 Super License points to move directly to F1 (assuming they have a drive lined up). All other series will require at least 2 years in their respective categories to hit the magic 40. Full details can be found here.

So there you have it! Plenty of developments on the FIA sanctioned junior racing ladder front. While some will lament the changes in F3, I think it was only inevitable that a major change had to be made so that the formula could remain viable. And with both F2 and F3 scheduled to be racing during an F1 weekend (hopefully with the proper promotion and visibility) I think we will see more new faces making themselves known to F1 fans and teams starting in 2019. It should be an exciting change to Formula 3 and junior racing as a whole.

Next week I will look into some interesting alternatives to single-seaters for young drivers that they should seriously consider.

Mark is the publisher of Motorsport Prospects. As a former lawyer, he applies his legal background to assist race drivers in finding the resources they need to make their motorsport careers happen.

Any cookies that may not be particularly necessary for the website to function and is used specifically to collect user personal data via analytics, ads, other embedded contents are termed as non-necessary cookies. It is mandatory to procure user consent prior to running these cookies on your website.

Change Location
To find awesome listings near you!